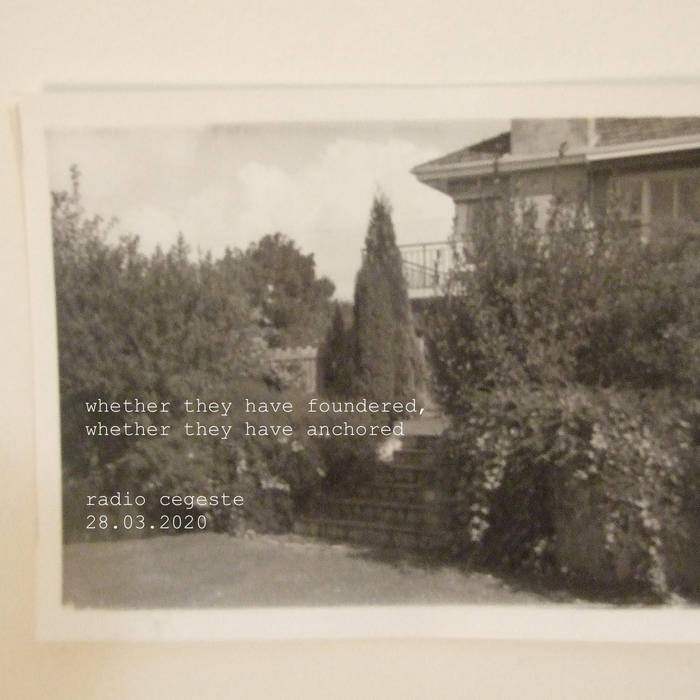 an attempt to gild circles of memory from the recorded fragments of lost worlds. dedicated to the tūī in the tree outside the window of the English Department at Otago University in 2015. its circular rondos might have drowned out tutorial discussions, but it never did learn to quote Beckett.

100% re-transmitted and re-recorded between midnight and 4am after a week in self-isolation, at home in kensington, melbourne, australia 28.03.2020.