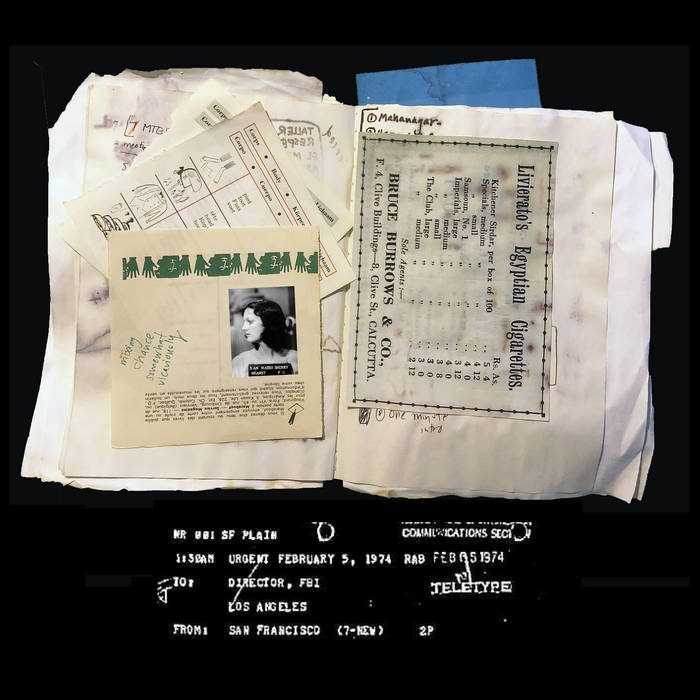 The text is sourced from transcriptions of Patty Hearst's taped messages while she was in the captivity of the Symbionese Liberation Army in 1974. This recording originated as a sculpture in 2016, taking several different forms over the past few years. This final draft was assembled in June 2020 and is part of an upcoming release on Anòmia.

Asha Sheshadri (1986) is an artist and musician originally from Southern California. Her work commingles memory construction, questions of citation and translation, and personal and political histories.

In her essayistic recordings, videos, and performances, she layers her own voice with original writing, text from found documents, literature, manifestos, and cinema, creating environments of musical and non-musical artifacts alike.

Her work has been exhibited and performed at spaces including Artists’ Space, Issue Project Room, Vox Populi, and the MIT List Visual Arts Center. Her discography includes releases on Entr’acte Recordings, Recital Program, and a forthcoming release on Anòmia.